Happy belated Thanksgiving everyone! That's the disadvantage of 'publishing' only once a week .. you're always behind the facts ..
Anyways, we had a great one, as usual, full of our own, silly, little 'traditions', like watching Macy's Parade: 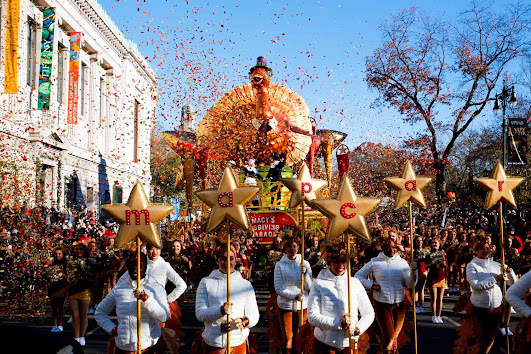 While having coffee with pie, cheesecake-mousse with berry compote, and no .. not homemade .. gasp (but good)! 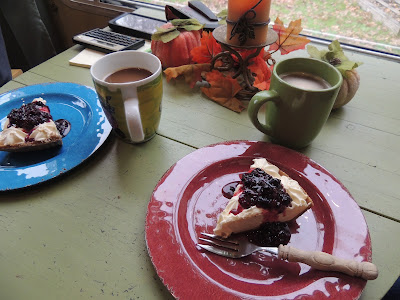 We watched the floats float by .. 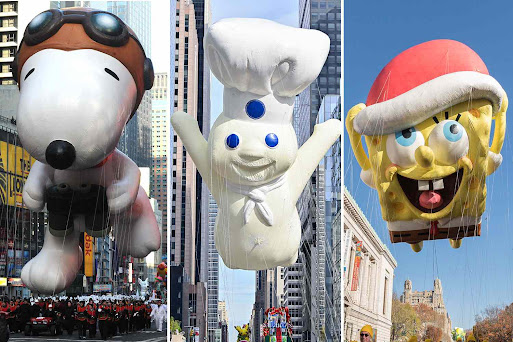 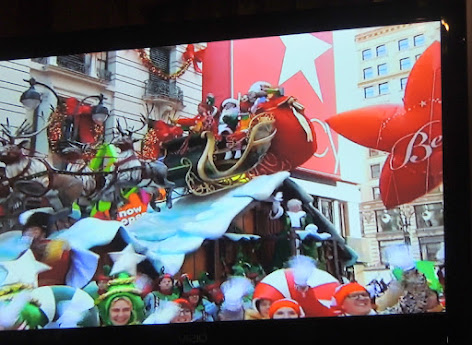 Around 2pm we went out for dinner/brunch (dunch?) at a local restaurant.
I didn't feel much like cooking this year, so we thought to give it a try .. 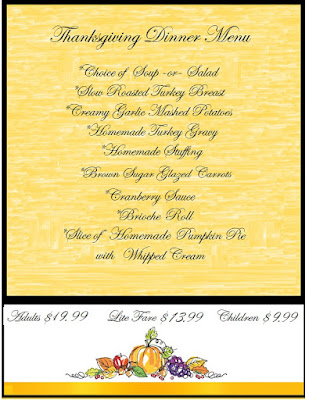 Interesting enough they offered a 'small' plate for $14.99, which we took, so we managed to not completely stuff ourselves .. 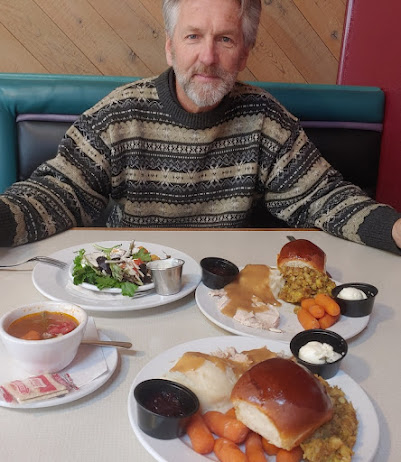 Which also had to do with the fact that unfortunately the food was not quite 'up to par'.
The soup was definitely not 'homemade' (and blah), the roll was dry, the carrots totally lacked the sugar glaze, the potatoes were cold and the turkey looked and tasted like it came out of a can .. oh well, it was cheap and filling and we now know not to go there again!
The pie was very nice though, we'd swapped the pumpkin neither of us likes for a mixed berry/rhubarb, and we took one of them home for later.

To work off the turkey's tryptophan, and the pie, we went for a nice hike at the Bob and Crystal Rilee Park, just a short drive east of town at the top of Parrett Mountain: 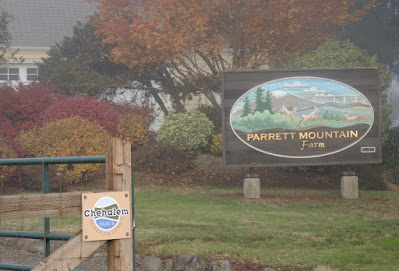 According to the Chehalem Park & Recreation District blog, this has only been officially zoned as a park for a few months, although the purchase of the property from the Crystal Dawn Smith Rilee Foundation happened in early 2014.
Apparently it’s been used as a network of trails known to horse people for years, but now it’s open to the public and is becoming a public park. 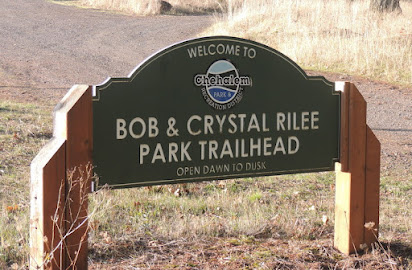 The masterplan is being developed and when this process is completed, CPRD will install new signage to trails, provide new maps, and improve existing trails and/or develop new trails on the property.
New signage will be a big approvement because we had a hard time finding our way and ended up making our own sort of 'loop' through the forest .. 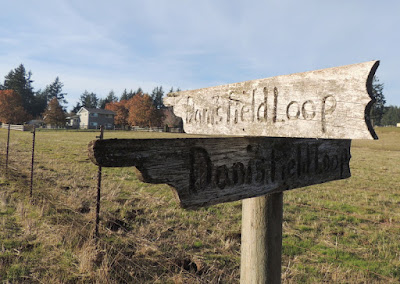 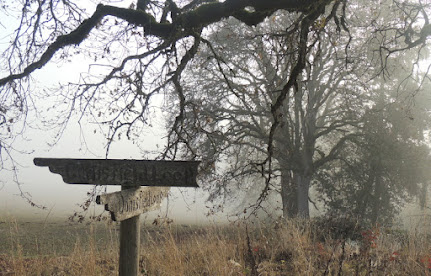 It's a wonderful forest though, and with all the moss hanging from the trees being backlit by the filtered light, it had an almost magical feel .. 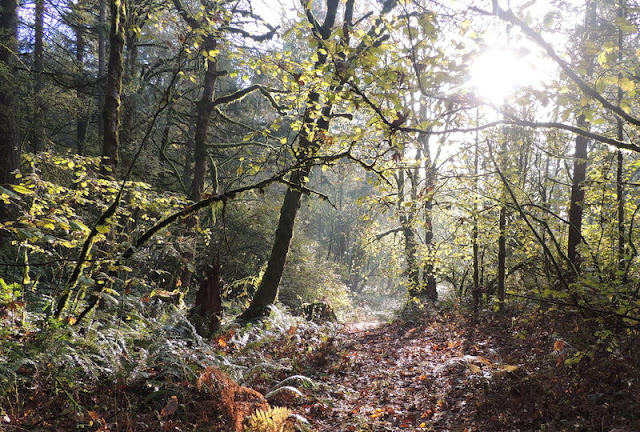 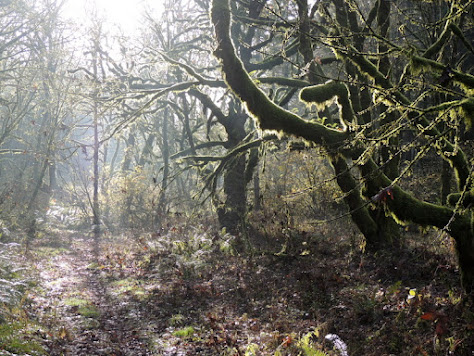 I wouldn't have been surprised to come across a hobbit or two .. or maybe some elves? 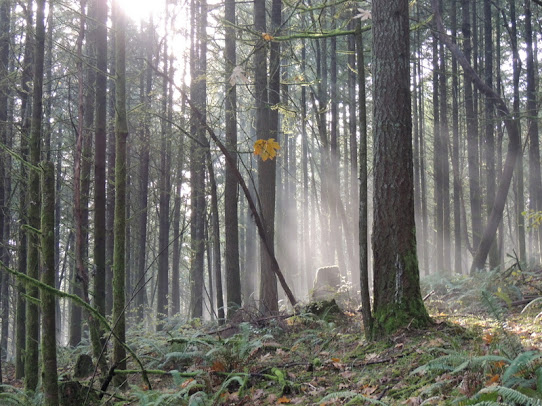 When we finally emerged from the forest, the fog that had been hanging much lower in the valley all day had crept up the mountain and made everything look even more mysterious .. 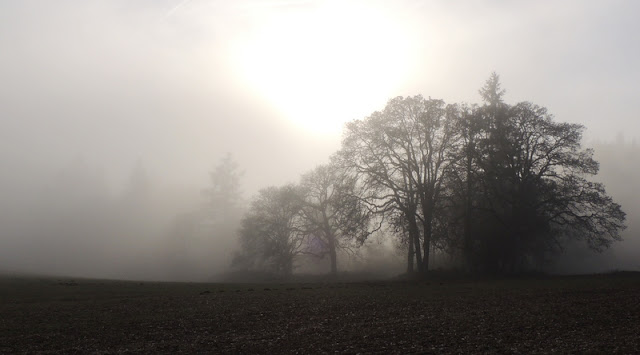 When we got home we watched our recording of Philadelphia’s prestigious National Dog Show Presented by Purina and saw a bouncy, crowd-pleasing French Bulldog,Winston, win Best In Show: 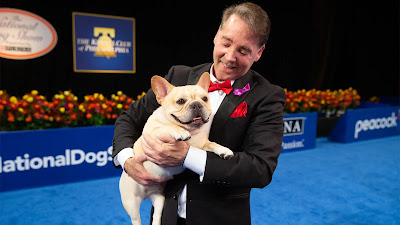 Personally, I think dogs should not be bred with these short noses since they can cause a whole slew of health problems.
Holland, where I'm from, has actually banned the breeding of about 20 short-snouted dog breeds, as defined by the system of head measurement. According to this criterion, only dogs with the length of a muzzle at least a third of the head are allowed to breed.

But Winston sure is a cutey, look at that happy smile! 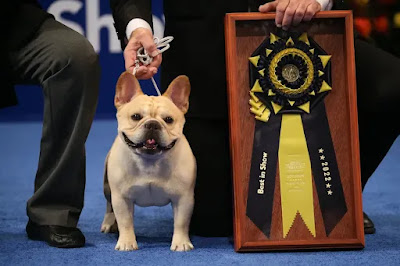 And that wrapped up another Thanksgiving day, our second here in Oregon .. how time flies!
Two days later we attended the Newberg Tree Lighting.
Nothing like some hot chocolate, cookies and caroling to get into the spirit! Or so we thought .. 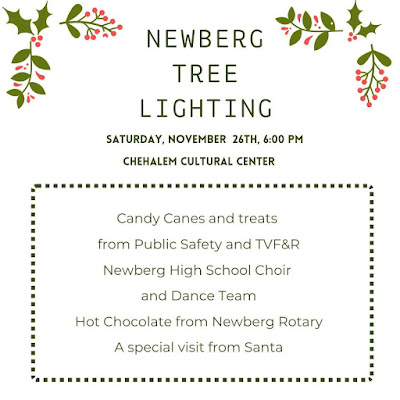 On arrival, a couple of minutes after 6pm, the town's square was packed and the carolers were caroling .. 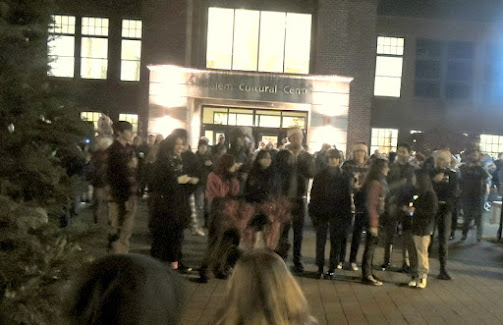 But there wasn't any hot chocolate to be seen and the only (cheap and store-bought) cookies were haphazardly thrown on a (un-decorated) old table, still in their cellophane wrapping ..
The carols were sung by the high-school choir but were so modernized and amped-up that it was impossible to sing along, that is if you could actually hear them since the microphones were not working! 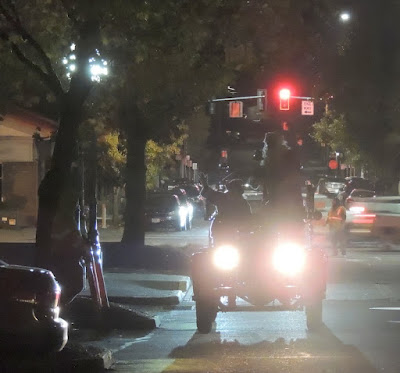 Santa arrived in a beautiful old Fire truck, which nobody really noticed because it was completely dark in the area where he arrived .. even Santa himself was barely visible .. yeah, he's the guy waving there!
They gave him the same mic the choir had used so nobody could hear what he was saying, but it didn't really matter because after only a couple of sentences the countdown started and the tree was lit! 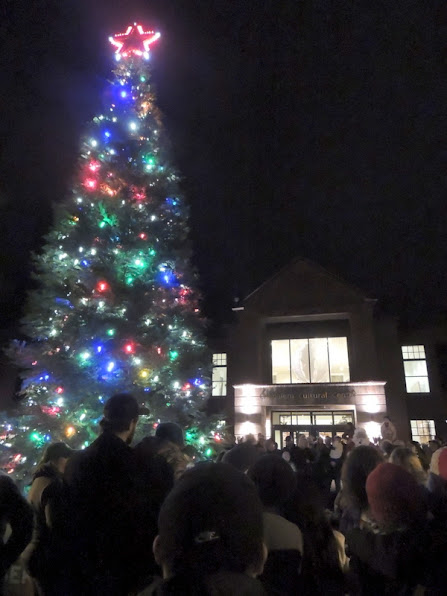 After which he and his wife were quickly moved over to a chair and a line-up of the usual tearful and terrified kids started to have to have their pictures taken with Santa .. 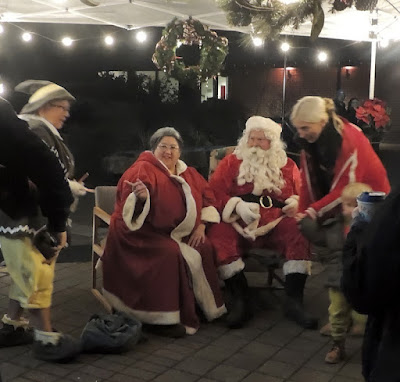 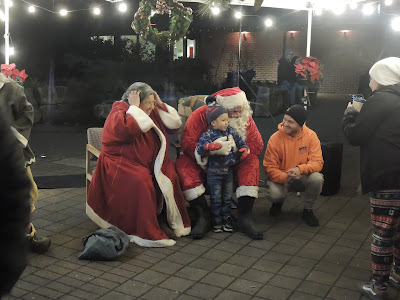 The rest of us, those without kids (or hot chocolate, or cookies) had nothing else left to do but go back home ..
Sjeez, Newberg, what a non-event .. they couldn't come up with anything better?
Oh well, next year we'll go to McMinnville, I've heard they have their act together with a proper parade, good cookies and lots of free hot cider!

Other than that I can't think of much else for this week .. o yeah there was another slight mishap, because what else could go wrong?
When we went for our Covid (bivalent) booster shots, for which I'd made an appointment, we were told that they had run out of vaccines! Off course!
We were told to call in the next days to check if they were back in stock and fortunately they squeezed us in a couple of days later but a courtesy call would have been nice? 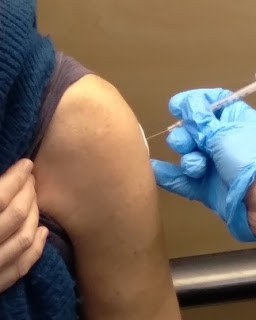 Any-who .. enough with all the complaining .. we're vaccinated, ready for 'the Season' and soon we're off to Europe!
Let the fun begin!
Posted by James and Brigitta at 2:50 PM 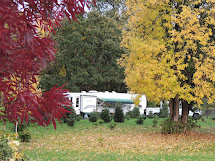 James and I have been living in our 5th Wheel since November 2010. We started out with a dog and three cats as our travel companions, but due to illness and old age we're now 'empty nesters'. We've traveled all around the country for 10 years, 'workamping' for campgrounds, taking local, seasonal jobs and even a few longer-term projects. We're now staying put in Oregon for a couple of years while James is pursuing yet another career, but we're still happily living in our cozy RV.

View Places we've been in a larger map